June 09, 2018
This was taken from my Facebook status a few weeks ago, and with a few recent stories in the news about people not being able to cope and finding the only way out is suicide, I felt compelled to write this. My daughter Kim is 26 years old. She was walking home from work one Sunday evening and she walked past a man who was crying on a bench. She glanced back to see him take a knife to his wrist and by the time she got back to him, he slit his wrist in front of her. Mental health in men is very rarely talked about, is it? Men have always been told that they are to be strong and not show their feelings to the world. Men are not supposed to cry or show how they feel. Thats why they find it so hard to express how they feel. Look at Robin Williams, He wore a mask every day because he was a comedian and it was expected of him to make people laugh but deeper down, he was suffering from depression and ultimately took his own life. 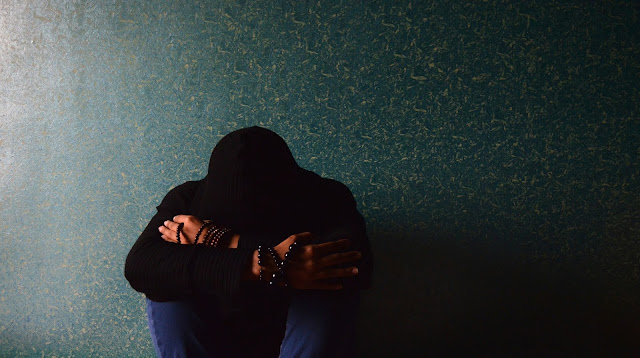 There is help out there and it can be confidential, although it's not easy to speak to friends and family. You might find it easier to talk to a counsellor, but my point is - just talk it out. My daughter saved the life of a man who now has a second chance at life. His friends and family know he needs support and they can give it to him. If people don't know that you need support, then they can't help.

Having male depression highlighted so recently on Coronation Street has also helped to encourage men to get the help and support that they need. With the Internet, there is a world full of advice at the click of a mouse. You can read blogs for advice and you can also find online professionals in the form of a counsellor that is holding out a hand of support to you.

Suicide is not selfish or stupid, it’s often where the person feels there is no way to turn and this is the easiest way out. Some people don’t want to worry their families with the problems that are weighing them down because they can’t see a way out. Depression makes you feel lonely and isolated.

There is always a better way out, but you can’t see it at the time, you’re blinded to the fact that people around you love and support you. A few weeks ago it was Suicide Awareness week in the UK, but suicide shouldn’t be highlighted just once a year because it happens all year round. People don’t just get suicidal for one week of the year.

Last night I comforted my daughter after she saved the life of a man committing suicide, she saw him crying in a corner and walked past. She turned back to see the knife in his hand, She tried to stop the bleeding whilst someone called an ambulance. She was told the ambulance would take up too 2 hours to get to her. It makes you wonder if the emergency services are taking suicide seriously! If it’s not taken seriously then these people will never have anyone to turn to in their darkest hours. Whilst they waited for the ambulance, she talked to this man and listened to his problems. She was the perfect person to be there for him and there must have been a reason that she was walking past at that time and another person that stopped in their car. I am so proud of my daughter for being there for him and not judging him for what he was doing. She listened to him and she was there for him when he needed someone.

Are you there for someone?''