How Do You Spot A Groomed Teen?

The criminal activity of becoming friends with a child, especially over the internet, in order to try to persuade the child to have a sexual relationship.

I would like this post to be all about how to spot a predator who is grooming your child online, but the truth of the matter is that  - I never saw the signs, I failed to recognise that someone was ready to hurt my little girl.  So I suppose the title is a bit misleading because I failed to see the signs. We are all warned of the signs of how a pre-teen or teen is groomed online, we are all ready to take that sneaky look into our child's Facebook account and make sure there is nothing untoward going on and I did that until she was 16 and then I thought she was old enough to realise the dangers of the internet. Turns out she wasn't. 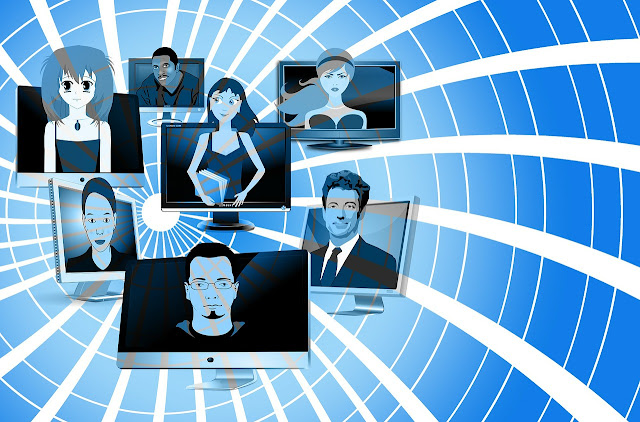 Lets look at me, am I really who I say I am? Am I really Tilly's mummy? A mother of 4 who lives in the UK? I could be lulling you all into a false sense of security, I could really be grooming you all to believe I am something I am not. It's so easy to make friends on the internet, but are we actually don't really know who we are meeting because predators hide behind the screen. I always warned my daughter about adding people she didn't know and told her quality is better than quantity but like most teens, it seems that the more people you have on your social media, the better it is.

Looking back, of course, the signs were there. So what were they?

My daughter would receive gifts from a 'friend' They would be teddy bears and flowers as well cards and letters. I would ask what they said but she was secretive, She was 16 after all and she deserved a bit of privacy.

He would hardly write on her public Facebook wall, he would send her private messages. This I know because she would tell me. So if your child is secretive about messages then you need to be very wary.
Lying about how they met someone.

My daughter told me she met this friend at the party, that he was the same age as her and that they were just Facebook buddies. I never had a reason to doubt her. I was led to believe he was local and why would I think differently?

I won't go into details as I know she reads my blog, and she will know I am doing all of this to help her. But she did some really embarrassing things and we were called to the college on one occasion to meet with the staff over her behaviour. So if you notice this in your child, it's not part of growing up like I thought it was - Its a sign of grooming or abuse

Once she moved away it was easier for her to keep secrets, I was shocked that she had kept so many for so long and just wanted to take them away from her but by this stage, she was too in love with the man who has taken so much from us.

Once she moved away to start her life, I knew that she would want her own space to learn how to become a girlfriend and mother but nothing prepared me for the fact that every time I did manage to get her on Skype, he was there sitting proudly next to her. Even when he wasn't supposed to be using the internet he was still in the room when she skyped us. He listened to everything we said.

On Xmas day one year I switched on my phone to find a message from him telling me to get my daughter to ring him, he wasn't happy because she wasn't replying to his messages. I did ask my daughter about this and she simply said, he loves me. I wanted to scream 'its a sign of abuse' but she wouldn't listen - you wouldn't would you if you are in love.

Whenever we had a row, she would talk to him. I would have it thrown in my face 'My friend even thinks your mean' He was there to offer a sympathetic ear, he preyed on her tough times.

The speed of isolation

He moved her away pretty quick, despite being with her only a few months. I was concerned about the speed of it all, but they both reassured me that it was what they wanted, but in 3 months of her moving away, I had hardly any contact with her, she wouldn't pick up the phone, she wouldn't talk to me or her family members, I was told by her that he didn't want this and he didn't want that. When I would get through to her, there would be a member of his family shouting down the phone at me. I knew then that I was losing my daughter but still missed the signs until Social Services actually told me that she had been groomed.

DISCLAIMER - No paedophiles were harmed or named in the making of this blog post because although he was charged for a more serious crime, he hasn't been arrested and charged for internet grooming because my daughter is now an adult and unless she comes forward, then I am fighting for her.