A Wrinkle In Time Review.

March 17, 2018
On Saturday we were invited to a special screening of A Wrinkle In Time, the new movie that comes from Disney. The film brings the amazing Oprah Winfrey together with a beautiful Reece Witherspoon and funny Mindy Kaling. But what is it all about?

13-year-old Meg Murray is struggling with life, school and being bullied ever since her father, Alex (a well-known scientist) went missing four years ago after theorising that you can wrinkle time and space and visit different planets in the universe, this is called the tesseract. Meg and her mother believe that Alex has discovered how to do this and that he is lost somewhere out in the universe. Meg's little brother, Charles Wallace is always there to try and give her confidence all the time, he tells her she is beautiful although the bullies tell her that she is ugly.

One day Meg and her mother, Kate come downstairs one day to find Mrs Whatsit in their front room chatting to Charles Wallace. She is dressed extravagantly and is talking ten to the dozen. Kate and Meg are momentarily scared of her being in the house but Charles Wallace seems to know her and isn't fazed by Mrs Whatsit at all. It's only when Mrs Whatsit mentions that the Tesseract is real, that they believe there may be something to her visit. This is the start of an amazing adventure that Meg, Charles Wallace and their friend Calvin are about to go on to rescue Alex Murray. 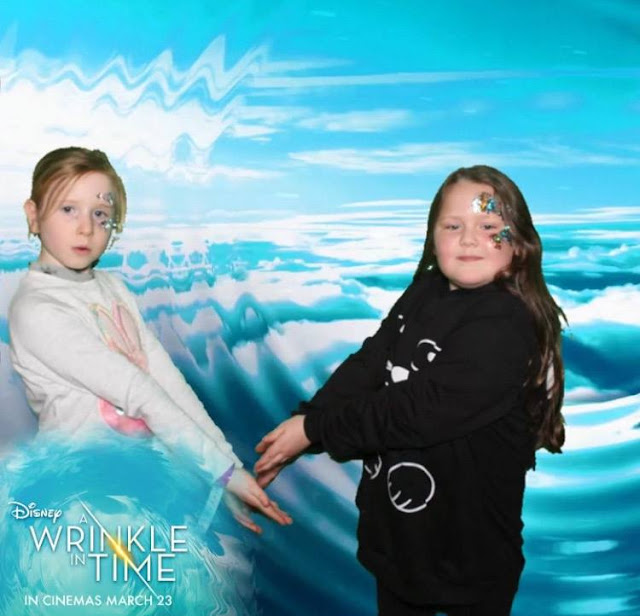 There are adventures and danger along the way and they are helped part was with Mrs Who and Mrs Which, but there comes a time when they have to carry on by themselves and Meg needs to use her mind, confidence and traits that she hates. Along the journey, she learns that the traits that she thinks are bad for her, are in fact the traits that make her who she is and they make her stronger than she thinks she is. Her confidence grows and so does the budding friendship with Calvin. 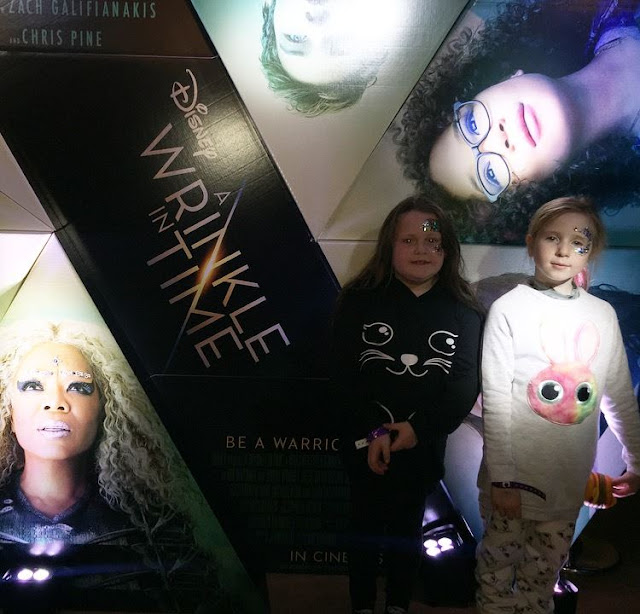 I am not going to give too much away about the film because I don't want to spoil it for everyone. But the film has a strong female line up of actresses and it's fantastic to know that these lead characters are the ones that are the warriors and they are going to save the day. With women struggling so much in the world for equality, its great to see a movie like this. It's an inspirational film for girls to learn to be scientists, a male-dominated career and it shows that mums are also superheroes for holding down a career in a high profile job as well as being a single parent to her children. The film shows that even if you have no confidence in yourself, deep down and when you need it - you will find that confidence, that urge to fight back and the feeling of success. No matter how bad you think of yourself, you are a unique individual and you're special and you can do whatever you set your mind to.

Tilly is 8 years old and she was drawn into the film as if she was the one herself, jumping from planet to planet. If A film takes her imagination like this, then I know its a winner! She did get scared a couple of times and grabbed my hand as we watched it, but this is a compliment to the film because it means she really was one with the story. As soon as it finished, she asked if we could watch it again - So I guess we will be off to the cinema again soon. I loved Reece Witherspoon's character, I guess I see a lot of her sarcasm in myself. The costumes that 'the Mrs' all wore were spectacular, They were colourful and beautiful. There are glitter and beautiful hairstyles, so it really is a girlie movie. Tilly struggles with her own confidence and anxiety, but I am happy that we watched this film as now she knows that what she thinks is her failings - are in fact her qualities.

A Wrinkle In Time is in cinemas nationwide from Friday 23rd March, be sure to go and watch it.

This was a collaborative post with Disney and Mumsnet, all opinions are my own.