Protecting Kids On The Internet

February 03, 2018
Urgh! roblox! I never understood it anyway, a bit like Minecraft. I just don't get them, they bash down rocks to build homes and hide from things overnight. Tilly is constantly watching YT videos about internet games but I was shocked to find out that adults are preying on kids through a chat function on Roblox. You would think that if a kid downloads a child's game on their tablet or smartphone, it's going to be safe - oh how we have been lulled into a false sense of security!

Recently Kent police issued an urgent warning over Roblox, and urged parents to take action over the app after discovering a 70% of year 2 children were actually playing the game. And even more scary is that a large number of these children have admitted to receiving “in-game” messages from strangers – which they HADN’T told their parents about. Luckily Tilly doesn't understand the chat option of a game and her spelling and reading isn't up to her level of year three due to her dyslexia but it still didn't stop me worrying about her playing the game.

I felt awful asking Tilly to delete the game as she told me her other friends were playing the game still. But I explained to her that people were using the chat to pretend they were someone else, when in fact they were preying on the children. Sadly Tilly knows first hand, what it is like to experience someone being groomed online. Her older sister was groomed over Tinder and Facebook by a paedophile who went on to ruin our life. After speaking to some other parents at the school, I was relieved to know that other parents had deleted the Roblox app. 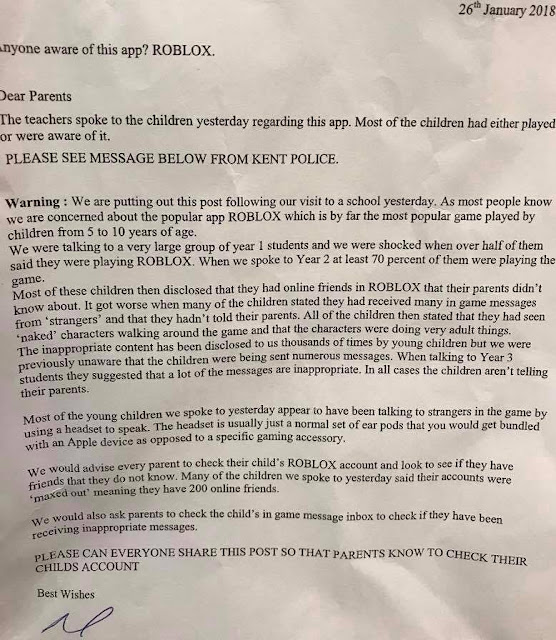 It is frightening that year 3 children had been receiving messages that were inappropriate and they hadn't told their parents. Many of the kids had also maxed out on their friends and had 200 people that they didn't know on their contacts. I remember having this argument with my daughter when she lived at home, she may have had 670 friends on her friend list but she knew about 20% of them in real life. I tried to explain to her that quality was better than quantity, but to kids, it isn't. 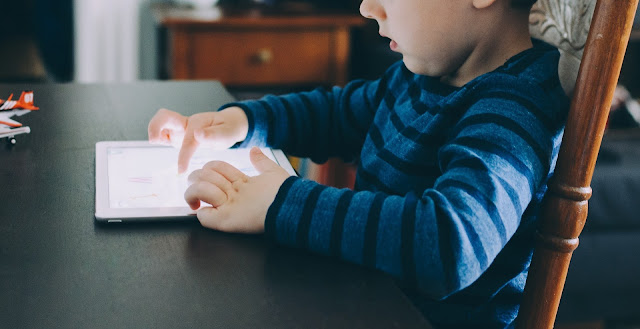 Kids don't see how fake people can be online, as an adult, we can often see through someone who is being over kind and expressive. Kids just think that someone is being kind, then the person on chat will gain the trust of the child and prey on the problems that they are having with bullies, parents or friends. These people will empathise with your child and show that they care when they don't. They find ways to discover where your child lives. Most kids know not to give their address out online and are pretty good at keeping their address private, but they let slip little bits of information like where they go to brownies, where they play football, netball or go swimming. Your child can be tracked down with the minimal of information.

The internet is a scary place for kids (and adults) but at the same time it opens up a whole new world of learning for us. It's often difficult to know how much to let your child use the internet and what boundaries to set. But keeping up with internet awareness with your child is paramount and the more they know, the more they will be kept safe.