Benefits of Sharing a Bed with Your Children

February 24, 2018
Sharing a bed with your little one, or co-sleeping as the practice is better known in the parenting world is a hotly debated topic. As of course is everything when it comes to child rearing! Some parents absolutely swear by it, others believe it can lead to social and developmental problems in later childhood. While the debate will continue to rage with the newest studies quoted on both sides, I am going to focus on my own experience having co-slept with both of my children.

Below I look at benefits of the practice and focus on the positive impact of sharing a bed with your kids.

Let’s start with one of the most obvious and important benefits of co-sleeping – how it helps both mum and bubs sleep. Nursing mums who share a bed with their newborns obviously have a far less disrupted night than mums who have to get out of bed, traipse across the room and go pick the nipper out of the cot in order to nurse.

The same is also true of the child. Being lifted out of the cot, lights being turned on, added noise, etc, etc, etc. While, with my two, all I had to do was slightly adjust my position in bed and they would happily nurse away.

The benefits of better rest for both mum and baby cannot be underestimated. One study known as the Millenium Cohort followed 11,000 babies born in the UK in the year 2000-1. This fascinating piece of research found infants who had shorter or more broken sleep before the age of 3 lagged behind their well-rested contemporaries by the age of 7. 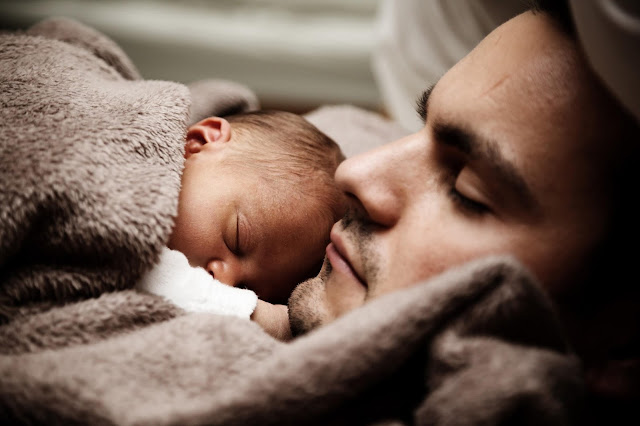 Nighttime nursing of a child creates unbelievably strong bonds between mum and baby. This is something that poor boobless fathers often miss out on! Well co-sleeping can increase the bond between both parents and baby simply because it increases the amount of contact time between the family members.

More hours spent together means more magical moments to remember. When I was married, my partner absolutely loved being so close to his babies at night. It also meant there was less of the inevitable, ‘well I got up in the night’ arguments other couples we know had, because well I didn’t!

Baby stress! What do babies have to be stressed about? Well, a lot actually. The world is big and bizarre place, especially when everything is quite literally new to you. When co-sleeping the calm presence of the mum actually helps to settle the child. Breathing, arousal patterns, heart rates and body temperature are all better regulated when sleeping next to another.

Cortisol is the hormone released during stressful situations, say when a baby is lying alone it’s cot at night crying. Co-sleeping reduces the likelihood, duration and severity of stressful periods. This, in turn, minimizes the amount of cortisol released into the tot’s system. Less stress and less cortisol makes for a happier, healthier baby. One that is less likely to get ill.

Possibly reduces the risk of SIDS

SIDS or Sudden Infant Death Syndrome is possibly one of the most terrifying worries any parent can have. The fear that the little one will simply stop breathing without warning. Whether the risk of SIDS is increased or decreased by co-sleeping is one of the hottest sections of a very heated debate.

It is also in my mind to a large extent a mistaken argument, the debate shouldn’t focus on co-sleeping as a whole but on ‘unsafe’ co-sleeping practices. As long as parents know what they are doing then it stands to reason being closer your baby will improve the odds of you noticing anything amiss and being able to react accordingly.

As soon as my two made any sound or movement that was out of the ordinary I was aware immediately, I didn’t have to rely on a baby monitor I was right there and ready.

Makes for a happier mum

Some of the more troll-inhabited comment sections of parenting websites will argue that co-sleeping is just a mum being selfish and lazy, not wanting to get up in the night. Which is just plain ridiculous. What could be more selfless than sharing your bed!

As long as it’s done safely and nobody gets hurt, then even if the ‘selfish’ motive of getting more sleep does play into the mind of co-sleeping mums, let’s stop for a moment and ask ourselves who benefits the most from a well-rested parent?

Answer – the baby of course. A healthier mum is a better mum. 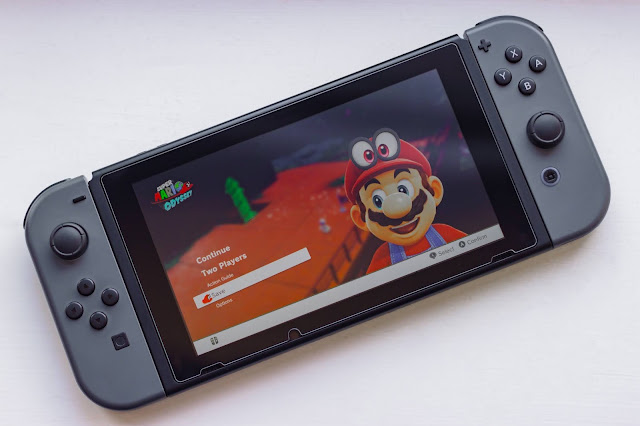 My kids love video games. Your kids, I’m sure, love video games. Even I enjoy video games. I loved them as a child (growing up with the original Nintendo Entertainment System, with its 8-bit graphics that seem so charmingly dated now). I like them today, too. And that’s okay. It is not morally reprehensible to let your kids play video games (within reason, of course), and it’s even better if you play with them and they become a chance for bonding, a shared experience.