January 19, 2018
Tilly loves to travel and she has actually taken trains across Europe with me, going from major city to city. So when we received the game called 'Ticket To Ride' as part of the Asmodee UK Blogger Board Game Club group, it seemed perfect for her. 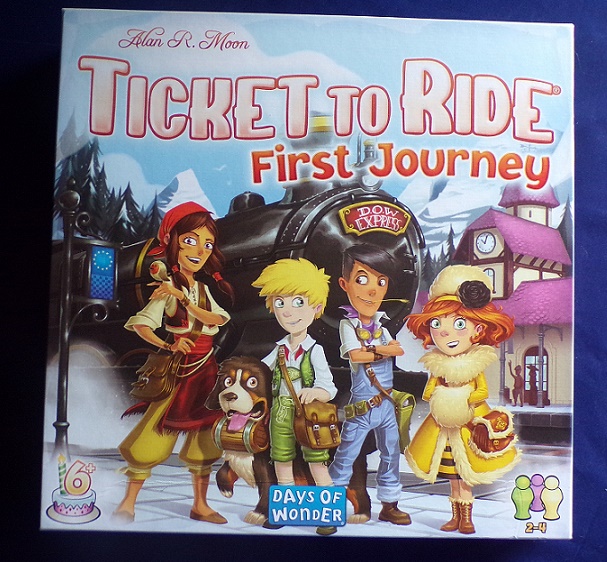 The game board is a map of  Europe with a picture depicting the capital cities, and the idea is to get your trains to travel across the continent. You receive 20 plastic train of a certain colour and then you get given two ticket cards. Your ticket cards are the destinations that you have to go to on your journey, so keep them secret because you don't want anyone to block your way. 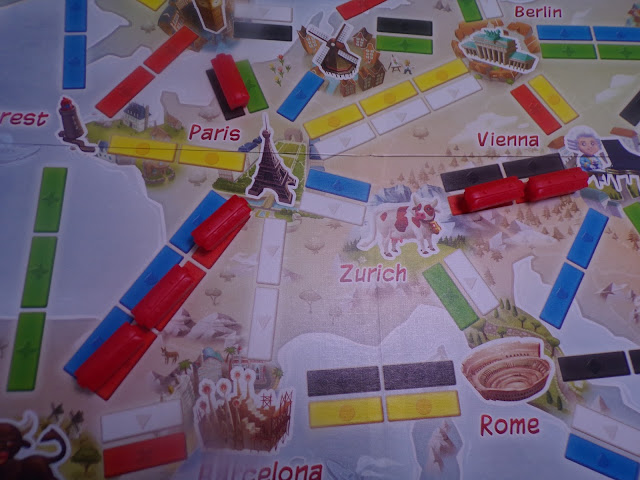 To be able to move across the board, you need to draw some train cards, these cards will match the route that you need to take (or be completely useless but keep them for the next route). You're given 4 cards to start the game and then every time that it's your turn, you get 2 more cards.

So eventually after a few turns, you will have enough of the colour cards to complete a route. When the route is completed, you need to place your cards down and pop the plastic trains on the route. You have now claimed the route and nobody else can claim it. It's an easy game to play and comes with a 6+ rating but I think a younger child could play it too with the help of an adult. When a route has been completed, take another one from the top of the pile and start in that route. As you have already collected a few train cards, you might be ready to complete the route straight away, if not then you can complete the route in a turn or two. The game is for 2 - 4 players and is a fab family game. It's a race against time and the first person to complete 6 routes is the winner. The game lasts about 20 minutes but you could make it shorter for children with a poor attention span. I liked the educational aspect of the game because it gets you all talking about other countries and cities. Many children have never left the country, so it brings a whole new world to them. With Tilly, we talked about our train journey and remembered the things we saw and did. 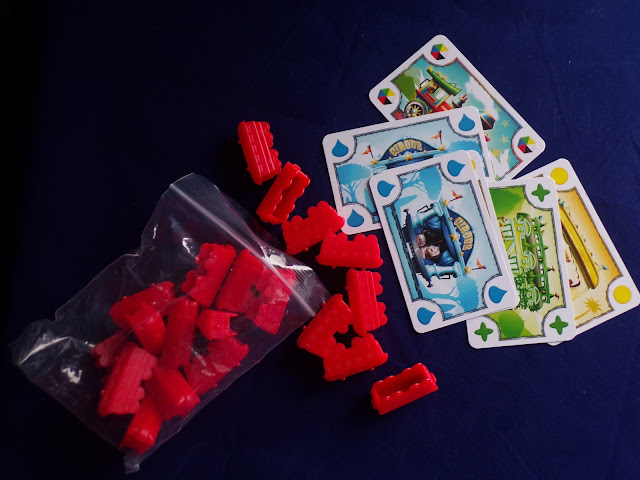 The game is available from Days of Wonder on Amazon for £23.61 at the moment. We enjoyed this game, it was easy to play and didn't involve too much reading (Tilly has dyslexia and struggles with her reading). Its fantastic for showing kids that there is a whole world out there, not just the town that they live in. It has backfired on me a bit as now Tilly wants to go travelling more - something that I am always happy to do with her.