January 30, 2018
Have you ever wanted to go somewhere and thought it is too far? The world really isn't as big as we think and we can go anywhere and do anything as long as our determination will take us there. Tilly yearns to travel and she will go anywhere that she can. This is amazing for her to learn and see things that she would never otherwise see. Just after Christmas, Tilly asked me if we could go somewhere with her red aeroplane book (passport). Luckily flights were so cheap with Ryan air and I managed to get a £30 flight for both of us to Aalborg in Denmark. Now I just actually took a gamble, I had never heard of the place, didn't know what was there and didn't know what to expect. It was a pure gamble - and it paid off. 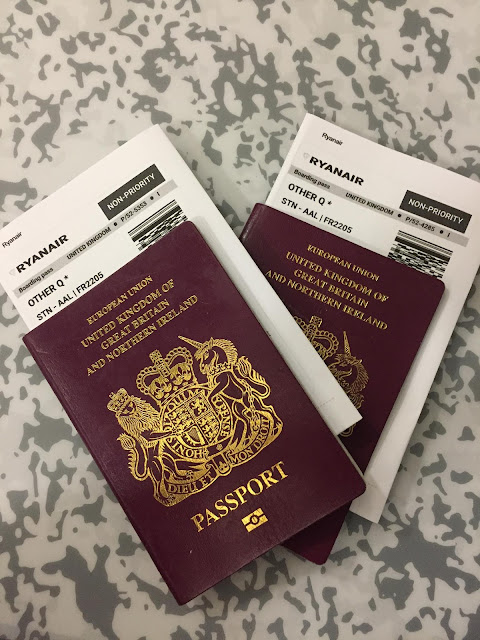 Last Friday night we travelled to Stansted Airport and spent a few hours with about 200 people waiting for flights to their chosen destination. I had visions of Tilly sleeping on a bench, but oh no! there was no sleep going on with her - she was too excited. She finally fell asleep 1 minute before security opened up. So there I was stuck and needing the loo, but having to let her nap for about 20 minutes before she got into a deep sleep. 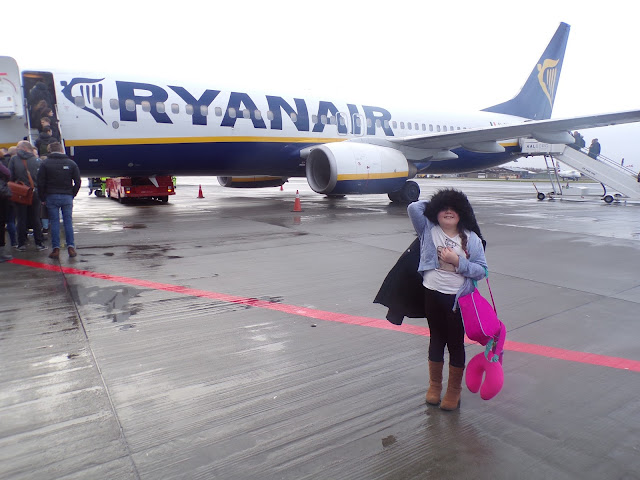 As always, I failed security! I always let the body scanner off and it makes us both laugh. The guys at security were fantastic and they asked me to go through the full body scanner and they let Tilly press the buttons on the scanner. After going through we went and waited with all of the holidaymakers. I took snacks in my bag and porridge pots for breakfast, this saved me a lot of money at the airport because the restaurants are so expensive. The thing I hate about airports is walking to the gates, sometimes you walk for miles and it feels like you're walking to your destination rather than getting a plane. But as soon as we got on the plane and it took off, she was asleep. We both slept the 1 hour 20 flight there and I felt refreshed (ish). 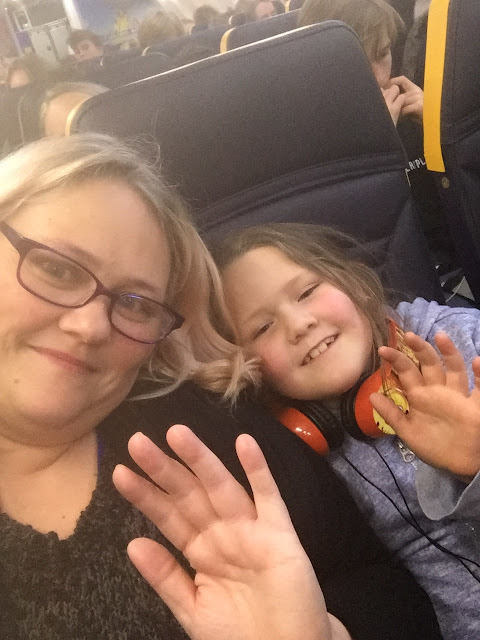 We arrived at what seemed like the smallest airport I have been to and soon grabbed a cab to the Viking and Iron Age Museum, this was one of the places to visit that I had found to explore in Aalborg and it coincides with Tilly learning about Iron age at school so it was a win/win situation. It was surreal and to learn about Vikings in a Scandinavian country was pretty amazing. The museum covered a lot of history from Stone Age to Vikings and all the information was written in English too, making it easier to enjoy the experience. we walked up a hill and there were loads of stones, these were burial grounds and  old settlement grounds.The museum cost me 75 Danish Krona to get into but Tilly was free. This made it a cheap experience to enjoy. 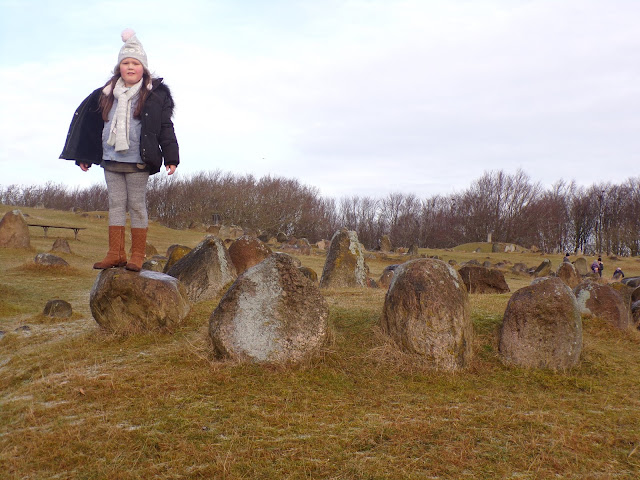 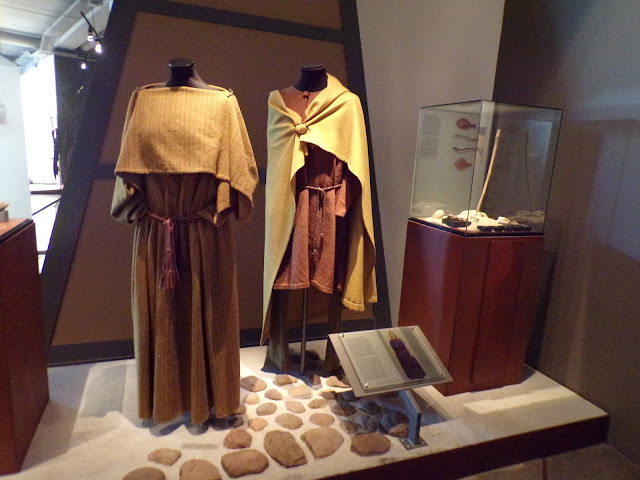 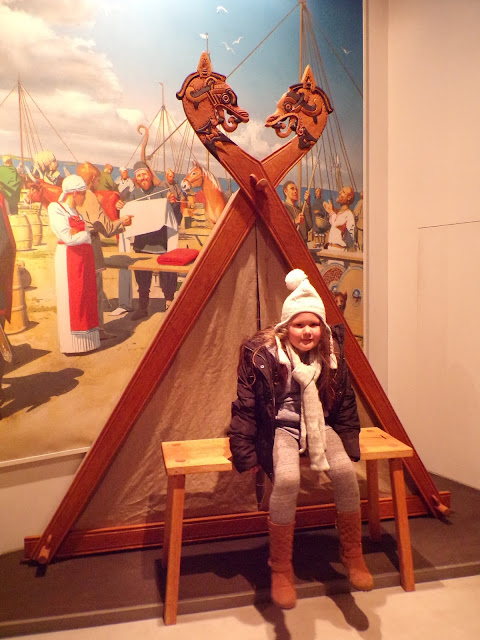 We then walked forever down a hill to get to a bus stop. I simply asked for a ticket to Aalborg and it took me right into the town. We located our hotel, which was actually really easy because the city isn't as big as many cities that I have visited in the past. We stayed at a Cabinn hotel, it is cheap and cheerful and the rooms are small but its comfortable and affordable. We needed a little nap before going out to explore the city a bit. We were having a look round and we found a supermarket, this made it cheaper to eat because we could buy some food there rather than eat in restaurants. Tilly gets excited when we go to Denmark because they make Matilde Milkshake and Kim Crisps. How can my kids get excited about a supermarket? 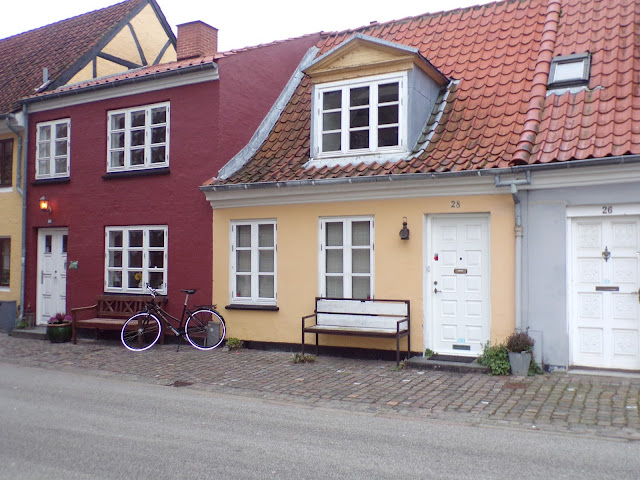 That night we slept like logs! We were pretty tired and asleep by 7pm. We had to get up early the next morning to catch our 10.15am flight, but as the bus ride was only about 10 minutes, we had no problem getting back to the airport. The fact that the airport is so close to the city made this trip even easier and hardly any time was spent travelling. The airport only has 11 gates and it is so quick to get through security and find your gate. There is no walking miles (yay) and the airport was really family friendly with a big play area for the kids and complimentary colouring books. 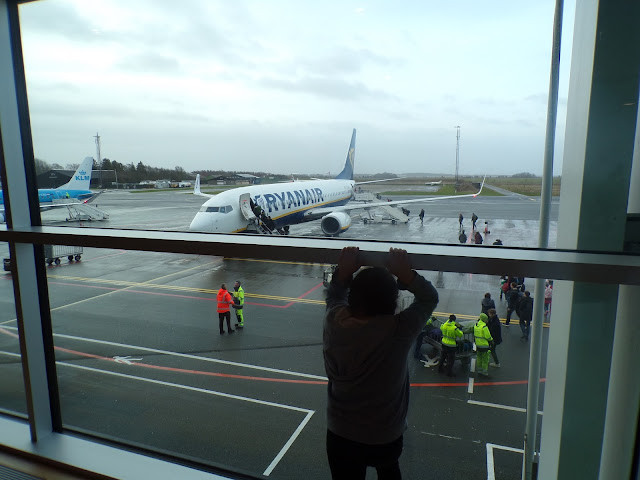 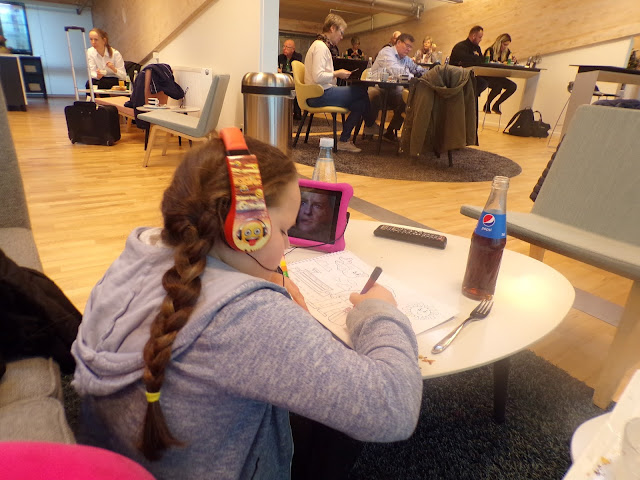 The flight home was 1 hour 40 and it was very windy! but we landed in Stansted and  we were home by 4pm on Sunday. It is so easy to do a trip like this and as soon as we got off the plane Tilly asked me where we were going next.

Our weekend costs were
Train to London £3.80, Was a booked train at 8.37pm and I had a discount voucher from O2 to take the cost as low as it was.
Coach from London to Stansted £8.00, a pre booked discount coach ticket.
Flights £30, Tilly doesn't pay APD on the plane leaving UK so her flight was free.
Hotel £65, booked through Booking.com and with a £25 rebate paid back on to my card. This made the final cost £40 for the room.
Bus tickets in Aalborg £7.
Train ticket from Stansted to London, £14.65
Train ticket from London to home, £11.50, The travel back from Stansted to my house should have been £44.00 and breaking it like this and booking on to pre-booked trains saved a lot of money.

So total travel and hotel costs were £114.00. We took snacks and bought food from supermarkets to keep costs down.

Where will you go next?